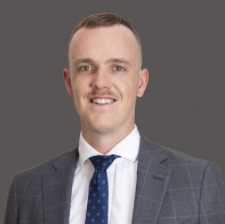 Situated just over 20km to Sydney’s CBD, West Pennant Hills has fastly become one of the most sought after suburbs for house buyers, not only in Sydney, but all of New South Wales. Renowned for its leafy green surrounds, the suburb offers buyers generously sized blocks, large family homes and direct city access down the M2 motorway. With direct access to a range of amenities, West Pennant Hills offers families a lifestyle of convenience.

As per realestate.com.au‘s REA insights, West Pennant Hills was ranked the 7th most searched suburb for houses in NSW for the 12 month period ending February 2021. With only 5000 house dwellings, and typically a small number of homes for sale at any given time, West Pennant Hills averaged 20,206 buyer enquiries per month, ranking the suburb as #7 for the most searched suburbs on realestate.com.au in NSW (source REA insights).

Since COVID, West Pennant Hills has seen a significant increase in demand from families upsizing from apartments and inner city homes, with a greater emphasis on space and lifestyle. Apartment owners from all over Sydney have turned to West Pennant Hills in the search of a free-standing home, with buyers now coming from apartment hubs including Epping, Chatswood, Macquarie Park and Inner City suburbs.

West Pennant Hills provides families with access to a wide range of highly sought-after schools and local amenities. With a variety of schools on offer, families have the choice of public primary and secondary, selective and private schools. Some of the top schools in the area are:

For younger families, there are also a vast range of preschools and daycare centres located within West Pennant Hills which include:

Local Amenities on offer provide families with convenience and a range of lifestyle opportunities which include:

West Pennant Hills has benefited greatly from recent infrastructure projects, in particular the recent opening of the NorthConnex tunnel and the Northwest Metro link. With the Cherrybrook Metro station located right on the border of West Pennant Hills and Cherrybrook, local residents now have direct access to Chatswood in only 18 minutes. The metro has significantly contributed to reducing congestion on the area’s arterial roads. In addition, the NorthConnex tunnel has further contributed to reducing traffic congestion, with up to 5000 trucks removed daily from Pennant Hills road.

Looking for property advice in West Pennant Hills? Talk to your local experts.