What does the latest RBA interest rate cut mean for borrowers? 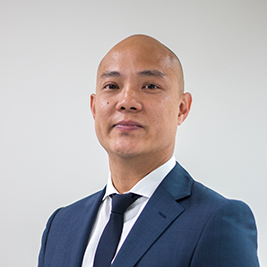 What does the latest RBA interest rate cut mean for borrowers?

On November 3, the Reserve Bank of Australia (RBA) cut interest rates to a record low of 0.1 per cent as a result of the COVID-19 recession. This comes following the previous record low of 0.25% earlier this year.

This historic rate cut is geared to support the property market and help small business owners in the wake of the economic turmoil caused by the pandemic.

But what does the new RBA rate cut mean if you have a home loan, or if you’re planning to buy? And which banks are passing on the rate?

Read on to find out.

RBA cuts cash rate to a historic low in November

In a record move, the RBA has cut the official cash rate from 0.25 per cent to a new record low of 0.10 per cent. This rate is not expected to increase for the next three years.

Alongside this cash rate cut, the RBA also announced it will:

Which banks are passing on the rate cut?

All of the big four banks have already made announcements that they will pass on the rate cut to its customers.

How can borrowers take advantage of the new rate cut?

During his statement on the new cash rate, Reserve Bank governor Philip Lowe said he strongly hoped that the rate cut would be passed on to buyers — and advised borrowers to shop around for a better deal if their current lender refuses to lower their rates.

“The best outcome would be for standard variable rates to be lowered but if that doesn’t occur I’m confident there will be pass-through occurring through people renegotiating and switching … I encourage everybody to go to their bank and ask for a better deal. If they don’t give it to you, switch to a bank that will.”

With more lenders adjusting their interest rates in response to the RBA announcement, this is the ideal opportunity for would-be borrowers to secure a competitive home loan rate on a new property.

If you already have a home loan, refinancing your mortgage could mean thousands of dollars in savings over the life of your loan, and potentially shave years off your repayments.

Regardless of which situation you’re in, it’s best to work with a mortgage broker such as Rateseeker before making a decision. A broker is across all the constantly changing lender policies and can provide well-researched advice into the ideal option for your financial situation.

At Rateseeker, we have a team of experienced mortgage brokers who can help you navigate the changing lender landscape and provide you with personalised advice.

Contact us now for an obligation-free call, and find out how you can benefit from the latest RBA rate cuts.