5 Best Places to Invest in Australia 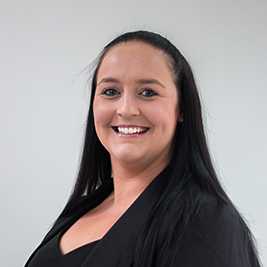 5 Best Places to Invest in Australia

The investment property market is booming right now. According to the latest figures from the Australian Bureau of Statistics (ABS), investor borrowing has been on the rise for 11 consecutive months — and September 2021 was the second-largest month on record for investors.

The combination of rising house prices, rising rents and falling vacancy rates has created the perfect opportunity for investors to enter the market. But that doesn’t mean that all suburbs are equal when it comes to buying an investment property. Transport infrastructure, rental demand and the local neighbourhood all play a role in determining which suburbs make for the best investments.

So which suburbs should be on your radar in 2022? Here are the top 5 places to invest in Australia, according to research conducted by ME Bank and Ethos Urban.

Sydney and Melbourne may be home to Australia’s biggest rental property markets, but the best place for investors lies a bit further up north. Brisbane’s trendy Woolloongabba suburb has topped the list of investment opportunities across the country, thanks to its unique mix of local eateries and proximity to the city centre.

On top of this, Woolloongabba’s local transport infrastructure should see a massive overhaul in the coming years due to a surge in investment from the Queensland State Government.

The second spot on this list of best places to invest in Australia also belongs to the Sunshine State.

With its coastal location, an abundance of national parks on its doorstep and the vibrant Surfer’s Paradise just a short drive away, Burleigh Heads is rapidly growing in popularity — especially amongst families and older couples. At $750 per week for houses and $550 per week for units, the median rental price in Burleigh Heads is also far above Australia’s median rent of $476 per week.

With its rich character, spacious homes and laid-back lifestyle, Five Dock is a mecca for renters and buyers. The suburb is known in particular for its Italian cafes and delis, as well as its close proximity to parks and the Parramatta River. Plans for a new metro station are also underway, which means residents of this inner west suburb will soon have an even easier commute to the CBD.

Located on the fringes of Melbourne CBD, North Melbourne has everything renters and buyers could possibly want in a suburb: charming terrace houses, access to plenty of arts and culture and, of course, award-winning coffee at every turn. The suburb is also extremely well-serviced by public transport, from existing tram and bus routes to the new Arden Railway Station that will link up to the Melbourne Metro Rail.

Another bonus? North Melbourne is just a stone’s throw away from The University of Melbourne, which means rental demand will only increase as borders reopen.

With Balmain, Annandale and Lilyfield as neighbouring suburbs, it’s no surprise that Rozelle has always been overlooked by investors — that is, until now. As construction ramps up for the Rozelle Interchange and Iron Cove Link, a number of investors are banking on high levels of growth in this inner-city suburb. If that wasn’t enough, demand for properties in Rozelle are also surging, with 1,811 visits per property between 1 November 2020 and 31 October 2021, compared to the state’s average of 1591.

Full list of top 20 places to invest in Australia

There’s never been a better time to invest

But you need to get your finances in order and secure a competitive rate on your loan if you want to maximise your gains. Speak to one of our brokers today and we’ll help you reach your financial goals with the sharpest investment property loan.